The Seven Events of Man

No man should go through life without camping with friends, attending a best friend’s wedding, or busting a chair over another guy's back in a giant bar brawl. Here are the seven events everyone should experience at least once before they die. Tweet

Shakespeare had his inventory of the seven stages of man, from birth to death...

...and each stage has a good old-fashioned, pre-Pandemic event to match.

We’re generally kind of suspicious of bucket lists. After all, you shouldn’t need a damn checklist to remind you to leave the house and have some adventures.

But at the same time, life can pass by pretty fast. So if a checklist is what it takes, then we’re here to help.

Life is short. Don’t miss out on the big memories.

After all, if you’re not paying attention you can grow old in the blink of an eye — it takes 27 times longer to go from age 20 to 30 than it does to go from 60 to 70 —and all the big plans you once had can become regrets that you can’t do anything about.

So there’s no way we’re gonna let that happen to you without helping you put up a good fight. And getting into at a good bar fight is, of course, something every guy should do at least once, as we explain below.

FWIW, Stanford did a study on bucket lists and whether anybody actually has them, and they discovered that a whopping 91.2% of people take bucket lists very seriously. It would seem that most of us are concerned that, to paraphrase the late, great John Lennon, life will slip us by “while we are busy making other plans.” 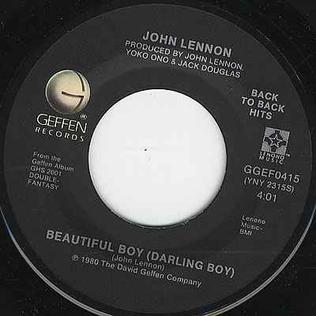 Come to think of it, If you listen to “Beautiful Boy” carefully, you will realize it’s John Lennon reflecting on the same themes we’re discussing here.

Life is short. Don’t miss out on the big memories. Here are seven events that you should definitely be a part of your life and your fondest memories when you grow old:

Even if you don’t consider yourself a big sports fan, there’s something about the energy and ritual of attending a pro game. Millionaires at their peak, competing in something so specialized there’s a tension and joy that ripples off the field, court, sheet, pitch, or diamond. And crazy fans there to be part of the great story of human endurance, accomplishment and victory.

Every great story begins with two opposing forces going for what they want. In this case, the drama plays out in front of you. The epic push-pull of who will win and how the other will lose. Watching a championship of anything is always the most epic story. And there’s beer! Always beer. And a shared experience with everyone around you as you witness the same thing at the same time. 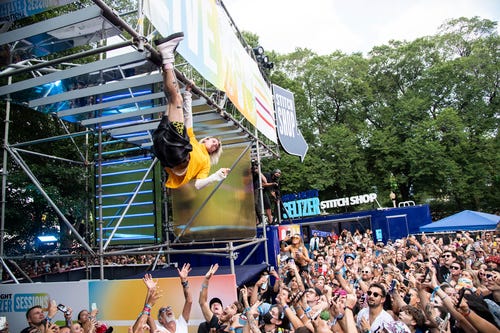 Pitchfork, New Orleans Jazz Fest, Lollapalooza, Riotfest, Bumbershoot, Glasbury, Stagecoach, or even just your local downtown blues festival. Live music bonds a crowd and makes you feel like a part of the whole. Live music can heal your soul and give a song new life. Trolling from stage to stage, drink in hand, sun on your face, with music to be discovered or relived in an entirely new way.

Each festival experience, rain or shine, is unique. It only exists for a moment and you get to hold on to it. You get to brag that you were there the day [insert name of your new favorite artist] took the stage. Or the day your favorite band was joined by a legend who can still shred. Buy the t-shirt, drink the over-priced, watered-down cocktails, and brave the elements, for you are an intrepid explorer of new music and new experiences that no one else will ever have.

Whether you’re a groomsman or just a guest, witnessing someone else’s joy without the responsibility of planning the party or paying for the ceremony or walking away married is a ton of fun. You’re a band of merry revelers for a weekend of selfies and toasts. It’s a time in your life when you can do the lawnmower to a Justin Beiber song and no one cares. No one is cool at a wedding, and nobody has to be there (other than maybe the immediate family, and the bride and groom). But something about being at the wedding of a friend still feels magical and perfect. Maybe it’s because you’re all soused and riding on the serotonin high of love and possibility.

Yeah, we know, it just sounds painful, doesn’t it? But it’s one of those things that in hindsight, you’ll be glad you didn’t blow off. Even in the middle of it, as you play cornhole with the uncles you barely know, talking about a war you were not a part of, you’ll find a reason to smile. It’s history. It’s your history unfolding. It’s not about Aunt Betty’s ambrosia salad, but the reason she always makes it.

No one else on earth can bitch about your family with any authority and love like you can, with the other members of your family. There are no greater inside jokes than with your cousins, siblings, grandparents. Soul-filling laughs and food you can barely stand, all await you at your next family reunion. Don’t skip it even if the rest of your family isn’t down with watching the first season of The Sopranos together as a family as part of your family event.

If you went to a summer camp as a kid, you’re ahead of the game. You already know that the sound of rustling leaves and the panic that it might be a bear only to realize it’s just a squirrel, which feels like a victory because now you’re able to sleep. That’s what camping is all about. It’s about stepping away from your comfort zone and conquering the outside world. Even if it’s just collecting kindling so you can make a fire and sit around it, drinking and doing nothing but connecting with the crackling of burning wood outside. It’s primal. It’s necessary to round out who you are.

When you’re out in the woods, no one cares if  you stay in the bedroom? Can you catch your dinner and cook it? Okay, that might be too far. Just bring food with you, but you should eat it outside.

Even if it’s renting an RV or glamping as an adult, connecting with nature, away from the white noise of everyday life, has its benefits. Whether you go by yourself or in a group, it can be life-altering to listen to the silence. You just might be surprised at how much it alters your DNA.

6. Losing your virginity. Something else that happens only once, and usually without a grandstand full of spectators, but something you remember forever. Plus, it gets better every time you think about it. See? Now you’re thinking.

You gotta do it. At least once. And if you’re not sure how to find a good bar fight to join, then just throw the first punch and start your own.

A+
a-
book
Glamping with MaryJane: Glamour + Camping

Buy it
book
The Boy Scouts’ First Handbook For Boys

Buy it
The Sopranos