The best things about the best things in life may not even be those things. If that sounds confusing, read on and discover a great lesson about the art of embracing rituals as an essential part of pleasure. Tweet

Each one merits a ritual, something that takes it out of everyday life and straight into misbehavior.

As you age through life, you gain new understandings and need to heed the messages attached or you’ll miss out on great things.

Here’s one of those messages you shouldn’t ignore:

If we can’t find virtue in our vices, what good are we?

If we can’t find virtue in our vices, what good are we?

Vices – let’s start with drinking, smoking, sex – have been many a less-enlightened man’s downfall. Addiction, breaking the law, violence, and self-destruction go together with these things like school buses and railroad crossings. That’s your black box warning, so be careful.

Why would you not want that?

So read on and consider embracing the simple rituals surrounding the occasion:

The juice in the glass isn’t even the point – it’s what the juice gives you. But forget the juice for a moment and consider the rituals.

It’s the delivery of a drink, along with the appropriate ritual, that delivers a certain kind of magic:

A cocktail is a sacred process, the shaking of ice and fluid in stainless steel a life goal. And the pour into the proper glass might as well be a dam breaking.

Again, the ritual. Between the years 1978 and 1988, nobody lit a cigarette better than Mickey Rourke. He knew the butt itself was just the punchline. The process of finally getting a flame to the tip of that smoke and blowing out that first cloud was the telling of a great story involving a Zippo. 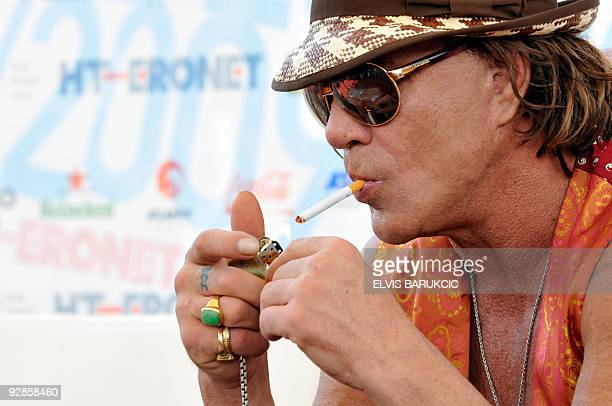 Same goes for cigars, but it’s even better. You get to smell the cigar, clip it, and enjoy it coming to life for a good 20 seconds. You have lighting choices, as well. A wooden match, as old school as it comes. A butane blowtorch for the great outdoors. Or why not just use the candle on the dining room table? The ritual doesn’t end there. Don’t forget the tapping away of the first long, white ash.

And cannabis? There are more delivery systems for THC these days then there are Cardinals in Rome. All are ripe for ritual. Even if you’re down and out, the homemade honey bear bong will always be there for you, even if you’re too stoned to see the mob guys who just came in looking for your roommate.

You know the old joke about Irish foreplay: “Brace y’self, Evie!” Well, less a joke than a missed opportunity. And not for poor Evie.

This is not a lecture on spending more time getting your partner warmed up for the Big Event. This is a reminder that mating rituals are part of life for all creatures. We just happen to be enlightened creatures, so our efforts need to live up to the inherent ability we possess. Anything short of that is a waste of raw materials and imagination.

Even the stuff men don’t traditionally enjoy can become sublime with a change of attitude. One guy we know lost his virginity in the back seat of his girl’s old Ford Crown Vic, which is not ideal. What was? She insisted on putting the rubber on him and she did it not as birth control, but part of the experience. And it was amazing. She knew.

For further reference, study this documentary on human mating rituals:

The Joy of Sex: The Ultimate Revised Edition
Buy it

How to make beer part of a healthy breakfast.
The world’s most incredible spin-master
Thank you, “Sex and the City” and Alan Arkin.
Can that monkey on your back take a call?