David Chappelle, District Attorney Gascón, and the Bonfire of the Vanities

Not just Comedy is under assault in Los Angeles. The reasoning provided by Gascón’s office is tortured and reflects the habit of mind currently torturing Los Angelenos. Tweet

Comedy and free speech die on legal calls like these.

Whether white, black, Asian, or comedic, they are all under sustained, legally incentivized assault.

The good news is that we know how to put out the fire.

David Chappelle was finishing his set for “Netflix is a Joke” at the Hollywood Bowl in Los Angeles when a man from the audience, Isiah Lee, jumped up on stage and attacked him. In the attacker’s possession was a switchblade, a lethal weapon. 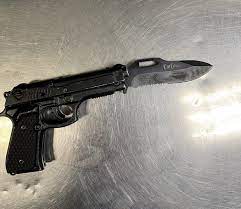 I don’t know about you, but this looks to me like a premeditated, felonious act. That’s how the Los Angeles Police saw it, too, and charged the perpetrator.

How was the incident treated by Los Angeles District Attorney George Gascón? As we have come to expect, not well. Gascón’s judgment was that Lee’s attack on Chappelle – a premeditated, albeit thwarted, assault with a weapon – was a misdemeanor.

The maximum punishment that Lee can get with these charges is 18 months in jail and a $4,000 fine. He is currently being held on $30,000 bond. With such a low get-out-of-jail threshold, Chappelle’s lawyer, Gabriel Crowell asked the judge for a restraining order. It was granted. Lee cannot get within 100 feet of Crowell’s client.

During his arraignment, Lee pled not guilty to these lesser charges. Lee’s court-appointed lawyer is asking for restorative rehabilitation and no jail time. If it wasn’t for the high-profile nature of this case, he might have gotten the requested get-out-of-jail-free-card.

“Don’t do the crime, if you can’t do the time” is losing its meaning – and with it, more crime is coming our way.

The reasoning provided by Gascón’s office is tortured and reflects the habit of mind currently torturing Los Angelenos. Chappelle was not hurt; while Lee stormed the stage and tackled Chappelle, the weapon was not brandished. Under such circumstances – caught on tape – Gascón’s office could not “ethically” charge Lee with a felony, even though Lee consciously evaded security and brought a lethal weapon to a public event. And while he did not pull the weapon on Chappelle, he did go for it in the ensuing melee with security, which might explain the assailant’s broken arm.

Another reason for Gascón’s lenience, his office said, was that there was no evidence that Lee had prior animus toward Chappelle. Really?

Lee has a rap video that shows him standing on the hood of a police car – reminiscent of the BLM riots – in a track titled “Chappell.”  Yet according to District Attorney Gascón, a review of the lyrics found nothing threatening to Chappelle. I’m surprised they also didn’t deny any connection because Lee did not spell Chappelle’s name correctly.

Rolling Stone unearthed the most plausible motive. According to Lee’s brother Aaron, Isiah has mental health issues, was homeless, and within L.A.’s homeless shelters had developed many friendships and a concern for the trans community – a community that has been desperately trying to cancel David Chappelle.

Aron Lee told Rolling Stone of his brother: “He does have a connection with the transgender community . . . he went to a lot of different organizations out there that help transgender people. Yeah, it could have definitely been a factor, but I really don’t know.”

Comedy and free speech die on legal calls like these. Gascón’s decision is a dog whistle for present-day John Hinckleys to commit violence on their desired targets, as well as an fanning of our species’ natural thirst for vigilante justice. Under current circumstances, “Don’t do the crime, if you can’t do the time” is losing its meaning – and with it, more crime is coming our way.

Gascón is providing legal incentive to commit crimes. Incentives matter a lot. It’s common sense 101: if you want less of something, you tax it. If you don’t tax it, expect more of it.  As Howie Mandel, comedian and host of “Deal or No Deal,” told E! News: “You saw what happened at the Academy Awards, and I thought that just triggers – violence triggers violence. And I think this is the beginning of the end for comedy.”

And not only of comedy. Unchecked violence erodes the preconditions for civilized life. The application of the law ought to be blind to status, race, gender, et al. To be fair to Gascón, his negligence is equal-opportunity: all citizens of Los Angeles feel unprotected because they are. Whether white, black, Asian, or comedic, they are all under sustained, legally incentivized assault.

In the 1980s, Tom Wolfe’s novel The Bonfire of the Vanities captured the logic and consequences of bad public choices that destroy the conditions of civilized life. Now that Bonfire logic is back, and not just in Los Angeles. New York City – Wolfe’s stage for his masterwork – San Francisco, Portland, and Chicago are all burning.

What should you expect if felonies are treated like misdemeanors? More felonies.

What should you expect if felonies are treated like misdemeanors? More felonies.

What should you expect if you announce that you will not prosecute crimes under $900? A “petty crime” epidemic that shutters stores and undermines security for civilized life.

If something has recently gone down the tubes in your public or private life, it’s probably because the laws of common sense have been violated.  And what does common sense decree? Among other things, that there are limits to good intentions. The law cannot give the benefits of virtue to vice, industry to indolence, knowledge to ignorance, and liberty to the lawless. These fruits need to be earned and protected by laws and incentives.

A generation ago, New York’s bonfire was put out by a return to common sense and policies that reflected it. Seeing the positive results, other cities followed suit. The good news is that we know how to put out the fire. We have rejected doing so, at least up to now, so that we can “reimagine” society – but that daydream has become a living nightmare. Now we need to wake up.

A good first step, for Los Angeles? Don’t under-criminalize this psycho. Charge Isiah Lee as the felon that he is – and throw the book at him.

Check out our other article on Dave Chappelle below:

007 Rest In Peace; Dave Chappelle Lives to Fight Another Day

Watch it
podcast
The Midnight Miracle

Listen to it on: