Robert Woodson has a unique message of empowerment through personal responsibility. Thankfully, it's a message heard by more and more people. Tweet

The Woodson Center looks for social entrepreneurs within the community, then builds on those examples to widen the circle of success.

Social welfare programs, says Woodson, "tore apart the black family,” destroying the protections that had shielded them from disintegration.

"We must realize that racism is in dramatic decline and that America is a country of redemption and second chances.”

Jesse Jackson. Ibram X. Kendi. Al Sharpton. Bob Woodson. Which one is not like the others?

(Hint: It’s not just that he gets a lot less media attention.)

The fact is, Robert L. Woodson, Sr. dissents sharply in almost every key respect from those usually seen as spokesmen for the black American community. While others reflexively blame all America’s ills on systemic racism, Woodson ardently preaches personal responsibility. At a time when it is fashionable to deride the nation’s past as deeply and irredeemably oppressive, he steadfastly defends America, for all its faults, as a beacon of liberty and ever-expanding opportunity. Where others would have the underclass remain permanently mired in acrimony and recrimination, he believes the way forward is to stop blaming and start building at the most basic level: the family and the neighborhood.

Woodson believes the way forward is to stop blaming and start building at the most basic level: the family and the neighborhood.

In  1981, with just $25,000 in grant money, Woodson founded the nonprofit National Center for Neighborhood Enterprise, later renamed the Woodson Center, to do just that. In the four decades since, the Center has worked in poor neighborhoods all across America, black and white, to reduce violence and foster economic development and financial literacy.

“I have fought all my life to empower the poor and push against the exploitation of the poor by those on the left and the indifference to the poor by those on the right,” says Woodson, 84. “…There are those who are in poverty but not of poverty. If, say, 70% of children raised in a low-income community are dysfunctional, educationally or otherwise, that means 30% are not. Nobody else, left or right of center, ever goes into these 30% of households to find out why people there are achieving against the odds.”

The Woodson Center’s approach is to look for success stories and role models – “social entrepreneurs from within the community.” And then build on those examples to widen the circle of success.

But along the way, the Center aims to do something even more: change today’s prevailing deeply destructive narratives on race. As Woodson observes, the white progressives’ “moral authority comes from claims that they represent the black oppressed. We are giving the so-called black oppressed voice to speak for themselves on issues like racism and police defunding, and what they are saying is those white people holding up Defund the Police signs do not speak for us, they don’t have to live with the consequences of their advocacy.’” The Center organized Voices of Black Mothers United, a group of 2,500 black mothers who have lost children to violence, now speaking out against efforts to defund the police in their communities.

Woodson himself grew up in exactly the same circumstances as the people to whom the Woodson Center ministers – and “ministers” is the appropriate term. Born into a blue collar family in a segregated, lower middle class Philadelphia neighborhood in the last years before the Great Depression, his father died when he was nine years old, leaving his mother to raise Robert and his four siblings. “There were temptations all around, but I was raised in a Christian home. My mother always exhibited Godly values to us. She said ‘I don’t go to the bar at night. I come home to you.’”

Woodson dropped out of high school to join the Air Force where, showing a talent for math, he was assigned to aircrews monitoring missile tests. Afterward, he belatedly got his high school degree, then took a job at a juvenile detention facility to pay for his BA, having already been promised a position in GE’s space division. But at the juvenile facility he had “a burning bush experience.” He became a father figure to a half dozen teenage boys “with a similar profile as myself – of good character, but just in a bad situation.” He says now that if he’d had the money, “I would have adopted them.”

The experience changed his life trajectory: he would try to help kids like these by the thousands and tens of thousands. Leaving math and science behind, he earned a master’s in social work and got involved in the civil rights movement.

Yet that once-noble movement soon lost its way, intent on generating social welfare programs that were not just unproductive, but actively harmful. “They tore apart the black family,” says Woodson, destroying the very cultural protections that had shielded them from disintegration.  For the poor, a welfare check was no substitute for a father in the home, or food stamps for a lack of personal preparation.

For the poor, a welfare check was no substitute for a father in the home, or food stamps for a lack of personal preparation.

Nor could he fail to notice that the decline in opportunities for the poor were especially prevalent in cities run by black Democrats.

No one today preaches with greater fervor how badly the mindset of permanent victimhood cripples the poor. “We must move to a post-1960s America where we realize that racism is in dramatic decline and that America is a country of redemption and second chances.”

As a direct response to the false history of the 1619 Project, with its “core narrative that the problem facing large numbers of low-income blacks is the legacy of slavery and Jim Crow,” Woodson initiated the 1776 Unites movement. It publishes essays by such notable black dissenters to the racial grievance narrative as John McWhorter, Shelby Steele and Glenn Loury (all available at the Woodson Center website) and has also developed a K-12 curriculum, available free for download by parents and for use in public schools. The Ohio Board of Education recently decided to withdraw the 1619 Project materials from its classrooms and replace them with 1776 Unites.

The George Floyd riots, notes Woodson, have been seized upon by Black Lives Matter activists “to deflect attention away from why blacks are failing in systems built by their own people…Race became both a sword and a shield. A shield against any criticism of these officials and why these inequities have accumulated over the past 50 years that adversely affect low-income blacks, and a sword for anyone who challenges them. The progressive white left stepped in and exploited this vulnerability” to distract attention from what Woodson calls “the critical question: Why hasn’t the premise of the civil rights movement been kept?

“It’s a combination of factors,” Woodson answers himself. “I think you have a powerful minority that is ill-intentioned. They’re willing to trade black bodies for black votes.” But there’s “another group who have been misinformed, so they are supporting this claim of institutional racism or critical race theory out of naivety.”

And what, in his view, do white Americans owe black Americans? Woodson’s reply is emphatic. “Nothing. As Jason Riley said, ‘My only prayer is they stop trying to help us.’”

In the course of a long life, Woodson has witnessed remarkable improvement in race relations, and progress toward a more just and happy America. This, he insists, is the story we need to tell and retell. “I don’t care whether you’re my color,” he adds passionately, “What I want to know is if you are my kind.”

And what kind is that? 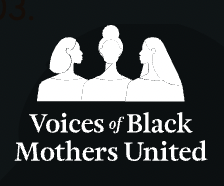 Buy it
book
Lessons from the Least of These: The Woodson Principles