When TV Cars Were the Stars

Remember when the biggest stars of primetime TV were cars, such as the Dukes of Hazzards' General Lee to Scooby-Doo's Mystery Machine, the Monkees' Pontiac GTO “Monkeemobile,” the A-Team’s GMC van and the 1982 Firebird Trans Am from Knight Rider, that could also talk? Tweet

In the "Dukes of Hazzard," the only thing more attractive to teenage boys than Daisy Duke's butt, was the "General Lee"...

...an orange Dodge Charger that could leap canyons and outrun cops.

Today, it's a symbol of mobile inappropriateness, what with its size-100 carbon footprint...

...and its roof decoration: a Confederate battle flag.

On a recent road trip with my kids, we took a detour to visit Cooter’s Place in Nashville.

If you’re unfamiliar with it, it’s a veritable shrine for people who grew up in the late ’70s and ’80s watching Daisy Duke’s butt, one of the stars of The Dukes of Hazzard, the CBS series about two redneck brothers, their cousin, and the other star of the series, their 1968 Dodge Charger, all of whom have (as the theme song by Waylon Jennings reminded us) “been in trouble with the law since the day they were born.”

Cooter’s Place is a museum and shop owned by Cooter himself (or rather, the actor who played him, Ben Jones, who was later elected to Congress). If the name doesn’t ring any bells, Cooter (or “Crazy Cooter” as he was sometimes called) was the local auto mechanic in Hazzard, who somehow kept the Duke boys’ special car running.

The place is filled with memorabilia that’s instantly familiar to any fan of the show, like Cooter’s Tow Truck, Daisy’s Jeep, Rosco’s Patrol Car, and of course, the fabled “General Lee,” the Duke’s car that was somehow indestructible.

I’m well aware it isn’t the only General Lee. They made somewhere between 255 and 325 cars for the show. But even so, seeing one of the real General Lees is like being within touching distance of the Dead Sea Scrolls or the Shroud of Turin. It gives me goosebumps, a sense of being in the presence of something divine and bigger than myself.

I loved Dukes of Hazzard as a kid. It wasn’t just a fantasy for me. It was a blueprint for adulthood. My younger brother and I were convinced that we could someday be just like the Duke boys, constantly involved in high speed chases with the police—not because we’d committed any crimes, but because we were misunderstood—and jump our car over ravines, rivers, mountain tops, swamps, drawbridges, even the bad guys.

At that point in our lives, we didn’t realize that TV didn’t represent reality. It was, as far as we were concerned, a reflection of possibilities. This is what the adult world looked like. The fact that our parents didn’t own a neon-orange car that could outrun the cops was because of their poor planning, not because it wasn’t a good idea.

We tried to help them. My brother and I permanently locked the back doors of our family car with Super Glue so we’d have no choice but to enter and exit through the windows, just like the General Lee. We tried spray-painting the exterior in a more pleasing neon-orange, and painted a sloppy Confederate flag symbol to the top. Our parents were not amused.

I’m not making excuses for myself or anyone else here. It wasn’t as easy to love later on, when we couldn’t pretend to be naive kids. But in our hearts, the General Lee was still bigger than whatever that flag represented. You don’t stop loving Evel Knievel’s motorcycle just because you find out he was a huge douche.

The reason my extremities still tingle whenever I see the General Lee is that it reminds me of a time when anything seemed possible. Especially when it came to your ride. The Dukes of Hazzard wasn’t the only show that dared us to believe that every adult drove the coolest, most unique and original automobile you could possibly imagine.

My friends and I coveted that car, studying it like we would study women’s bodies in our teenage years. Starsky’s two-door, bright-red police car, painted with large white vector stripes on both sides, seemed like the only accessory any future man needed to command the respect of his peers and get everything from life that he deserved.

I only found out recently that stars Paul Glaser and David Soul hated the car, complaining about its poor handling and steering. They even despised the upholstery, claiming it was too slick and caused the duo to slide around in their seats during high-speed chase scenes.

Well, I’m glad I never learned that when I was young and impressionable. Just like the General Lee’s Confederate flag, I didn’t need to know the reality just yet. Broken dreams are better saved for adults. I needed the fantasy that the world was filled with impossibly cool cars.

TV provided endless evidence that every car had something special, whether it was the Scooby-Doo gang’s Mystery Machine: or the Monkee’s 1966 Pontiac GTO “Monkeemobile,” the A-Team’s 1983 GMC Vandura van, with those black-and-red turbine mag wheels and storage on the back for guns or surveillance equipment, or K.I.T.T., the Pontiac Firebird Trans Am from Knight Rider, that actually spoke to the driver. 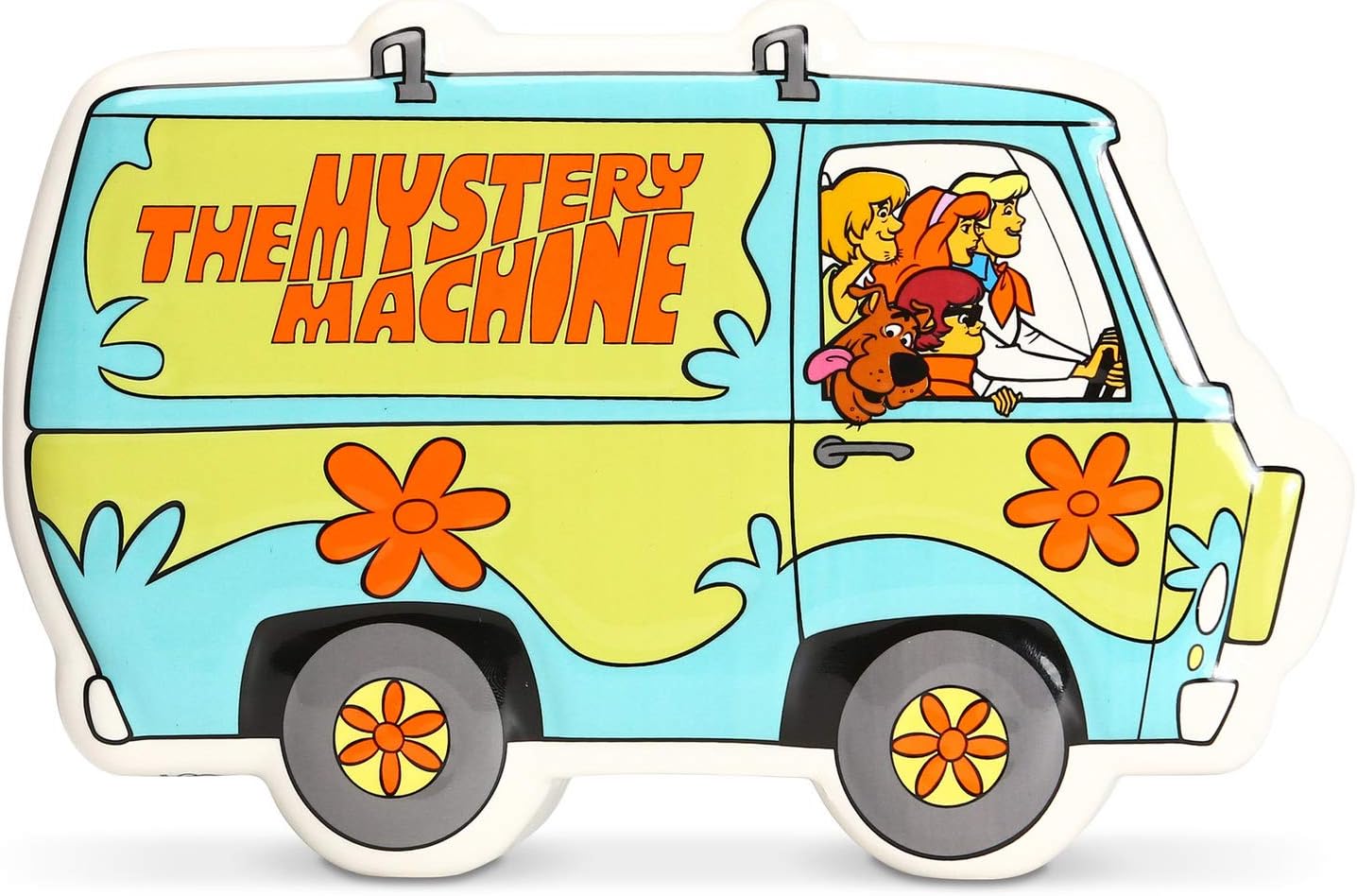 The A-Team’s 1983 GMC Vandura van, with those black-and-red turbine mag wheels and storage on the back for guns or surveillance equipment: And K.I.T.T., the 1982 Pontiac Firebird Trans Am from Knight Rider, that actually drove itself and talked: The real K.I.T.T car went up for auction earlier this year, but I didn’t bid on it. I was too afraid of being let down the same way Alexa and Siri and Hey Google often let me down. Even if K.I.T.T actually did talk to the driver, it would probably say something wildly racist or inappropriate. I don’t need any more TV car fantasies ruined, thank you very much

Cars on TV just aren’t as cool as they used to be. But that’s okay, I still have my memories. And I’m not the only one who still harbors those Dukes of Hazzard fantasies. Just last summer, a guy in Detroit tried to jump a bridge with his Dodge sedan. No word on whether the Confederate flag was painted on the roof. But I guarantee you his doors were super-glued shut.

Sing it with me: “Some day the mountain might get him by the law never will!”

Buy it
streaming
The Dukes of Hazzard